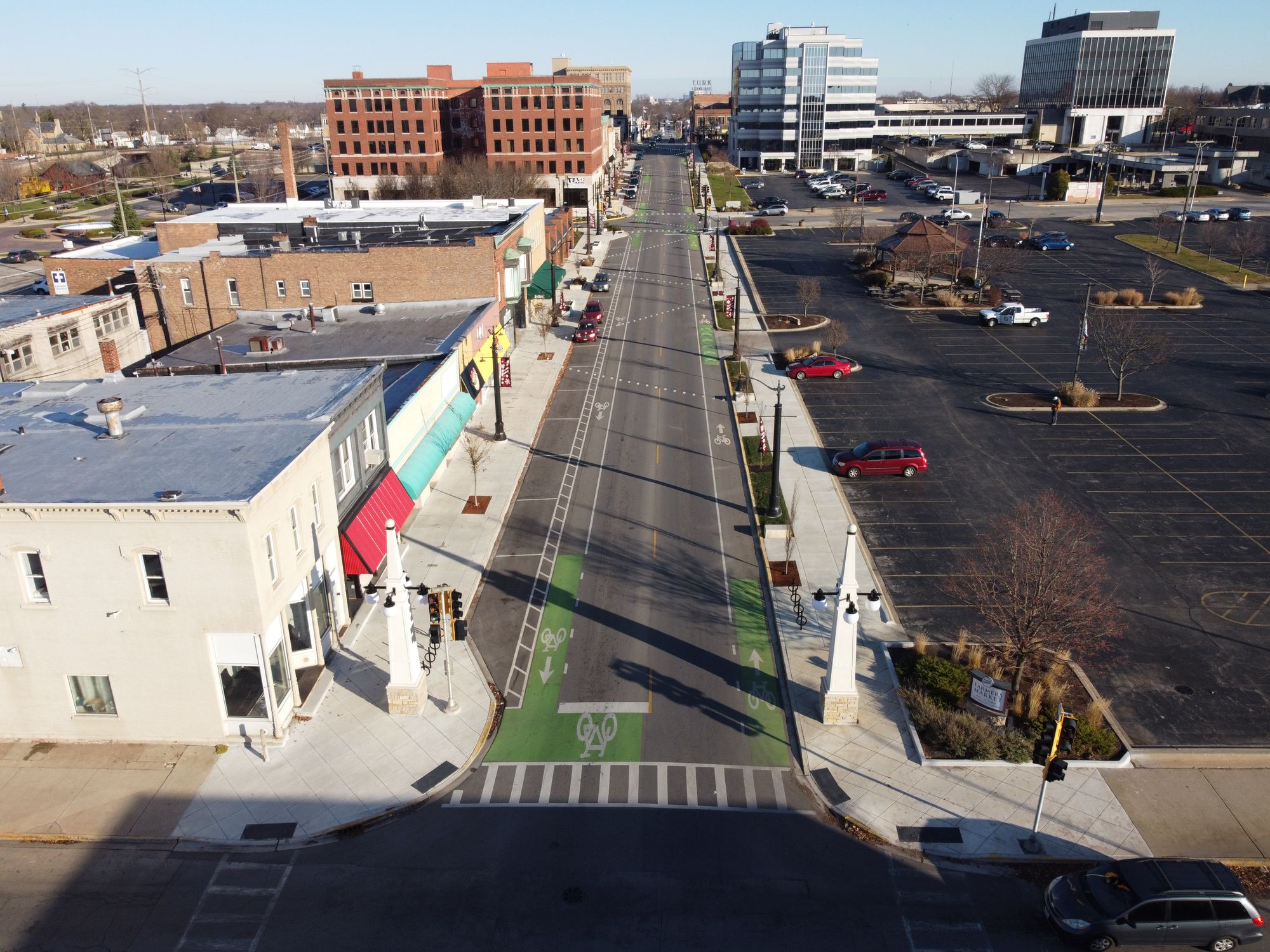 We undertook a massive streetscaping project to improve the life of residents in the City of Kankakee. The improvements included roadway, sidewalk, and landscaping improvements, enhanced lighting, and bike lane upgrades in accordance with the City’s adopted bike plan of 2015.

ADA compliance was a top priority for this project, so the team first removed and replaced the existing curbs and ADA non-compliant sidewalks. The proposed design also incorporated the City’s outdoor patios, to serve Kankakee’s community during the warmer months as well.

With Piggush Engineering’s help, Kankakee incorporated on-road bike lanes into the proposed horizontal roadway geometry. In addition, landscaping and drainage improvements were made to keep bike lanes safe and clear. Streets were improved with roadway and catenary lighting, which spans the roadway, along with roadway milling and resurfacing, and new bike lane markings.

The City of Kankakee is growing and attracting both residential and commercial buyers. To give the City an improved look and more ease of use for its residents, the plan also included site furnishings, such as planter benches, trash receptacles, and bike racks. Lastly, Stone benches and gateway piers were installed to demarcate the entrance into Kankakee’s downtown area. The City was proud to invest funds to improve the safety and quality of life for its community.

Get more from Piggush Engineering right to your inbox